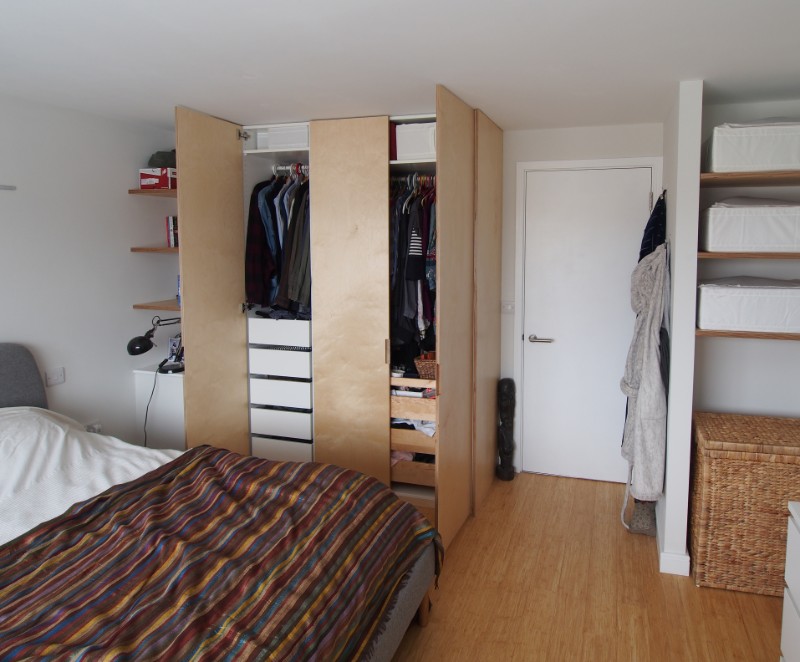 This was an unusual layout for a loft conversion, in that the loft space was divided into 3 rooms rather than the usual one or two with eaves storage. Apart from the basic layout, all other design features are by Parnosa in collaboration with the clients.

A large, triple-glazed window was chosen rather than the ubiquitous French doors & Juliet balcony, so that the radiator could be installed under the window, thus freeing up the rest of the walls for furniture.

No downlights were installed in order to maximise ceiling height without compromising the insulation. Instead diffused LED strip lights in housing have been mounted on opposite walls, and 5amp sockets are ready to supply bedside lights.

The fitted wardrobe in the bedroom has bespoke birch plywood exterior, but this hides IKEA Pax and Komplement products.

The alcove on the left uses the space available above the new stairwell – not one cubic inch of volume was wasted on this project.

The ensuite bathroom was maximised by extending the boxing to basin height and creating an integrated worktop feature that spans the length of the bathroom.

One of the best features of this conversion is the huge storage room. A purlin beam was used instead of the usual purlin wall, which allowed the space to be fully insulated and opened up, giving more functional storage space than most unconverted lofts! It’s also a conditioned space, so clothes and other sensitive items can be stored there without fear of mould.

We also refurbished one of the first floor bedrooms, the 1st floor hall and balustrade, and added a storage cupboard under the new stairwell. 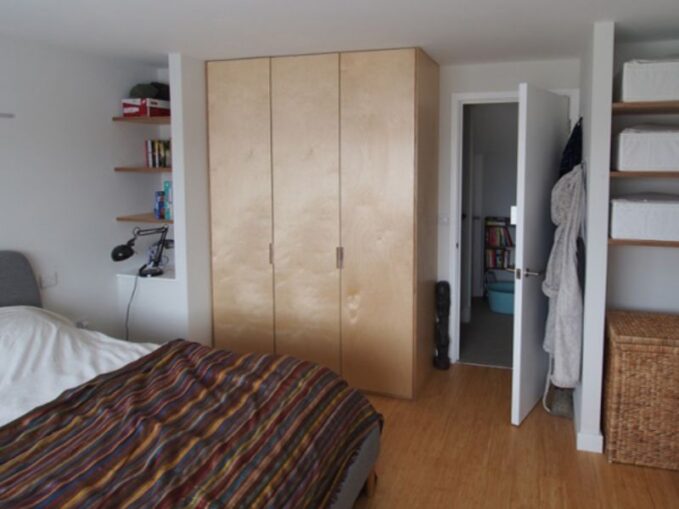 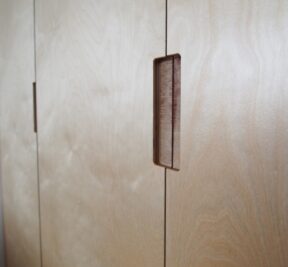 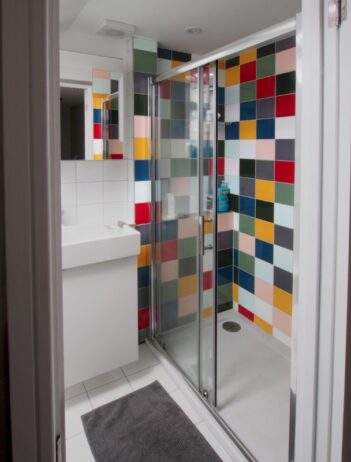 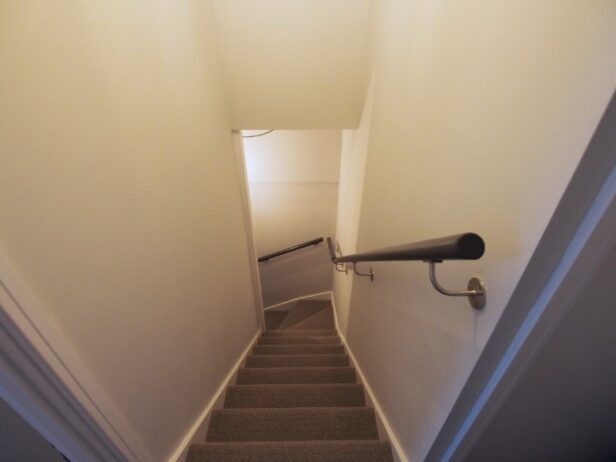 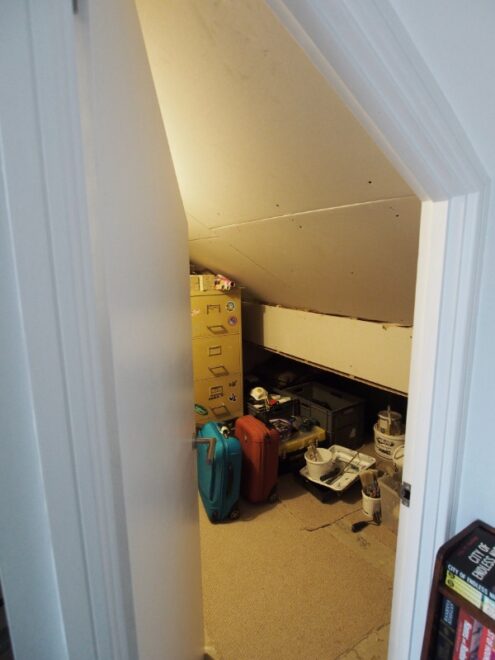 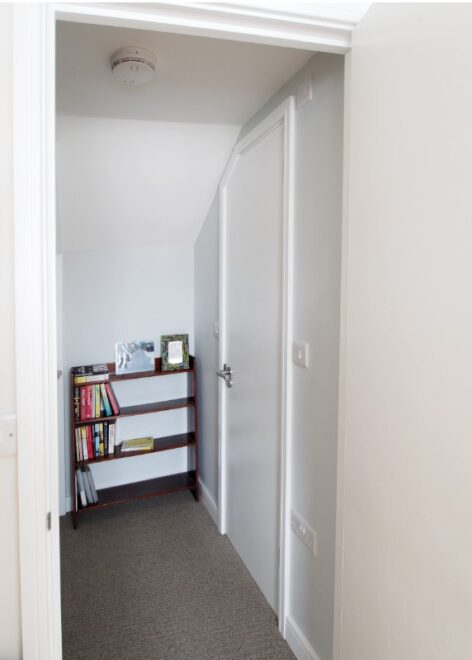 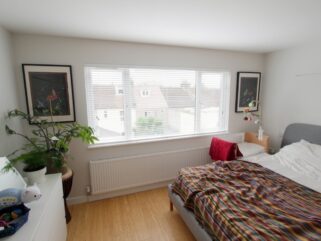 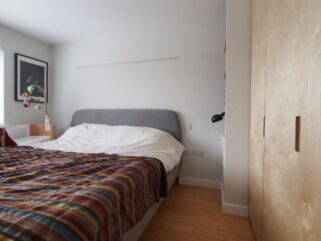 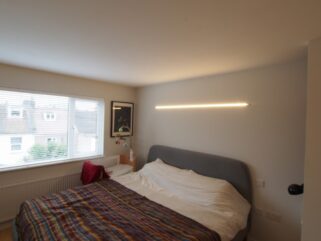 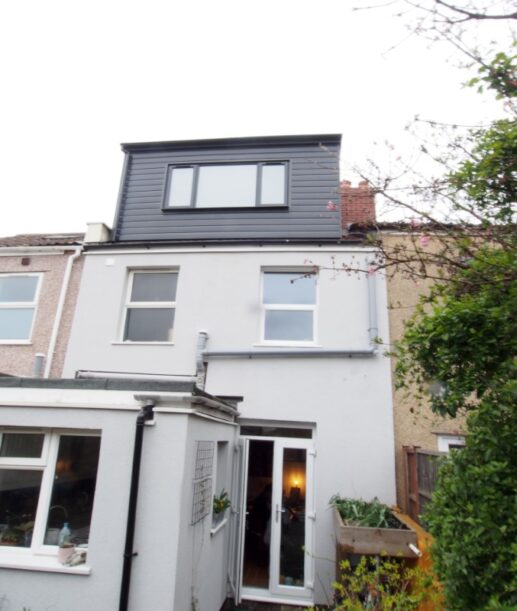 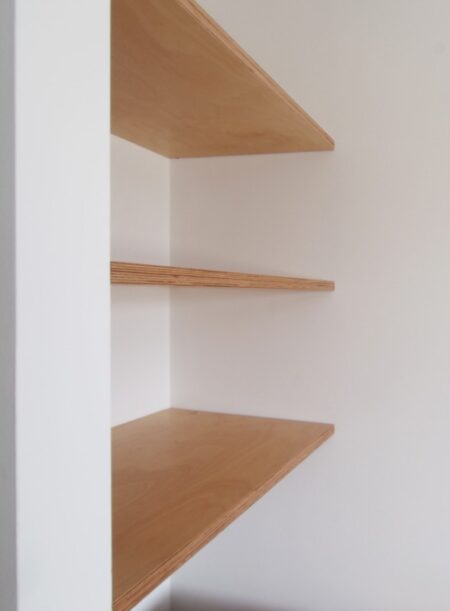 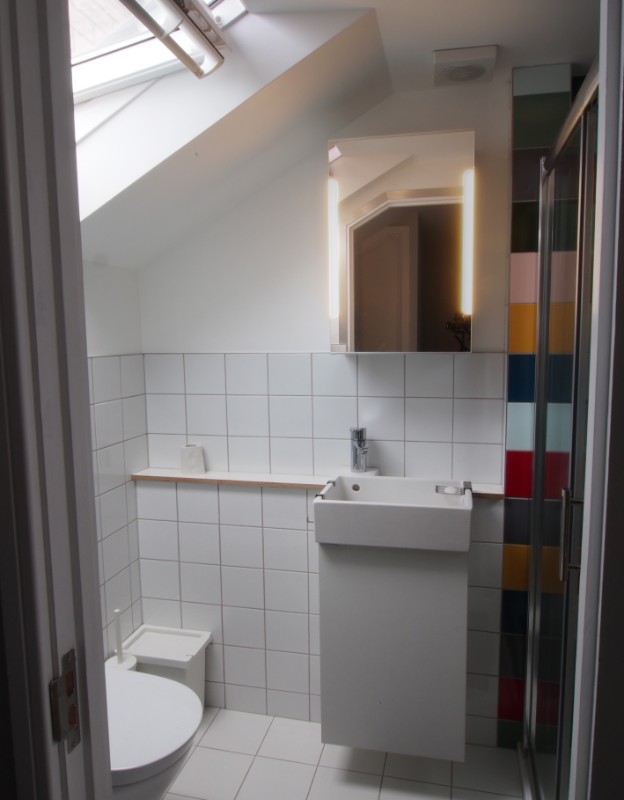