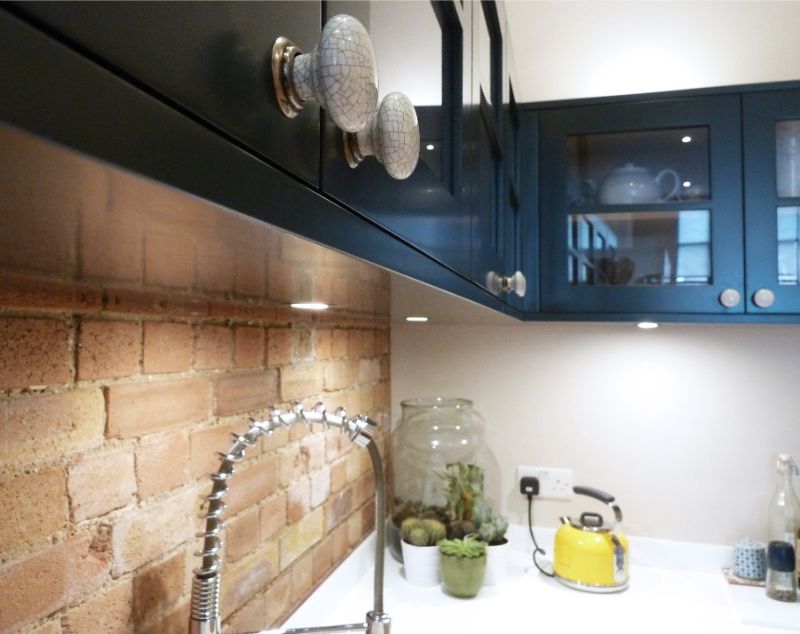 We stripped out a poorly-executed 1980s warehouse conversion in this canalside apartment, and improved it.

Some walls were repositioned, and a utility room with pocket door was tucked in behind the kitchen. A mezzanine sleeping area was built over the bathroom, which freed up the rest of the spare room to be used as a home office and additional sleeping area.

When the laminate flooring came up we discovered the amazing original factory floorboards: 1 ½” thick tongue & groove softwood, probably Douglas fir, with its distinctive reddish hue. Due to lack of access, insulation fibres were blown between the joists to improve comfort and reduce heating costs. The boards were repaired, sanded and coated with a white-tinted hard wax oil.

The kitchen was partly IKEA and partly bespoke units by local joiner Ed Roney, all installed by Parnosa. Thick black factory paint was grit blasted off to create an impressive feature wall.

An exposed steel beam in the spare bedroom was left as a feature, but covered in intumescent paint to meet building regulations requirements.

The main bedroom features a wall of wardrobes – possibly one of the biggest IKEA hacks in the world? The wall is 3.7m wide by 3.7m high, so the units had to be modified and double stacked, and simple hand painted doors added. 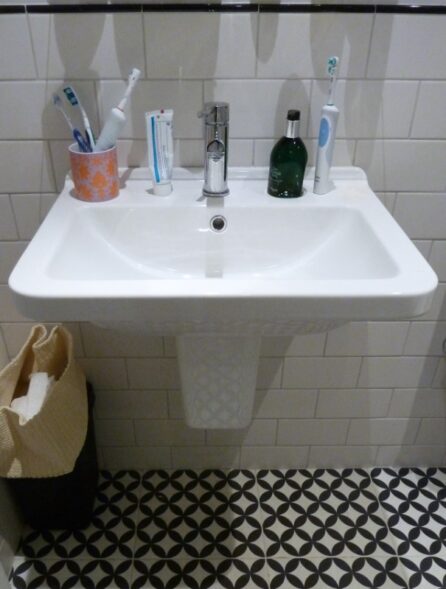 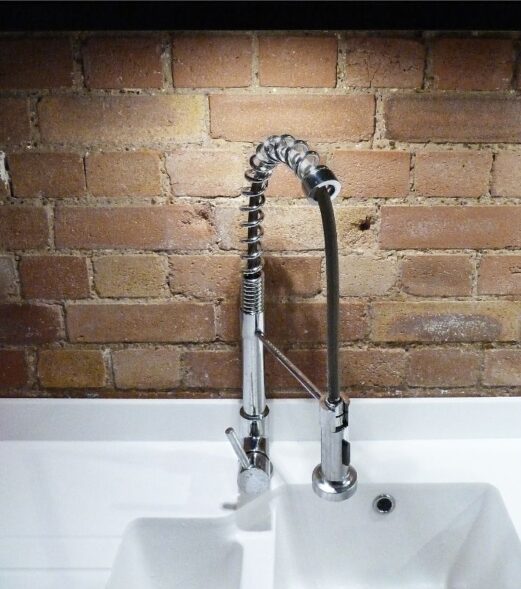 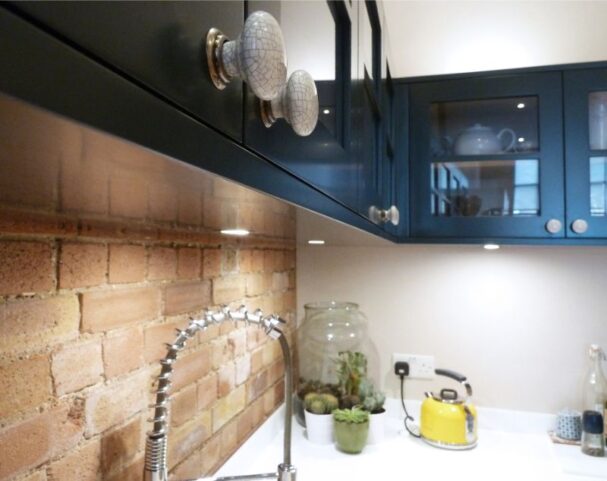 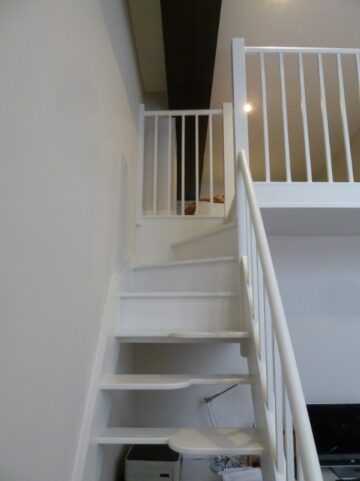 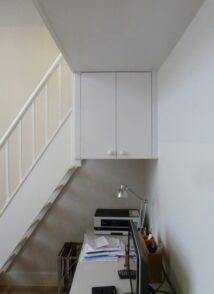 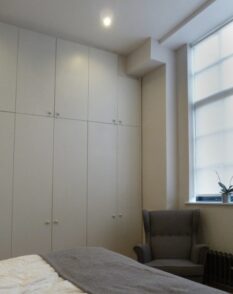 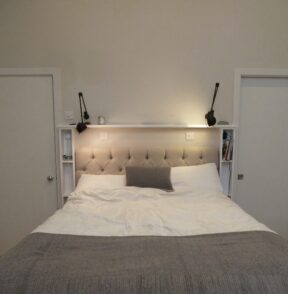 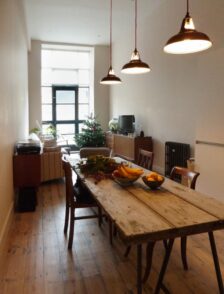 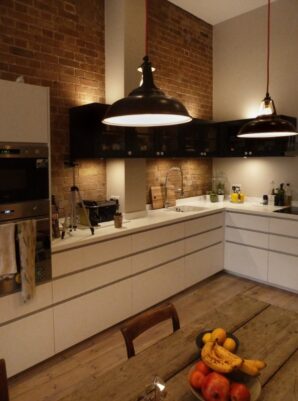 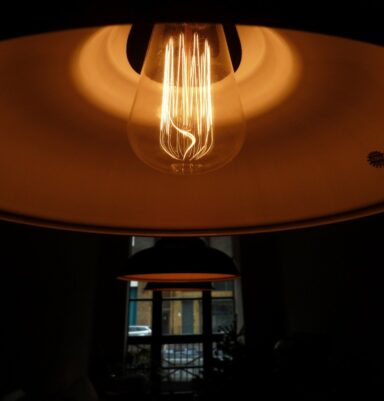 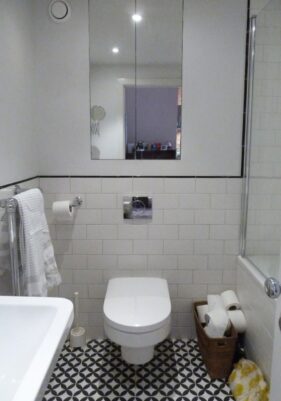 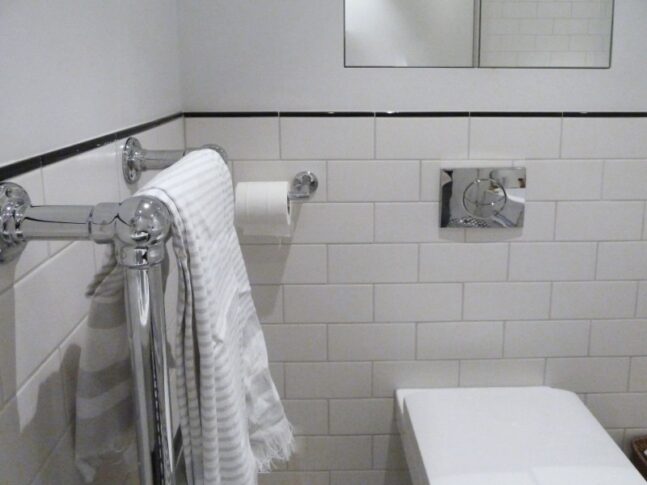 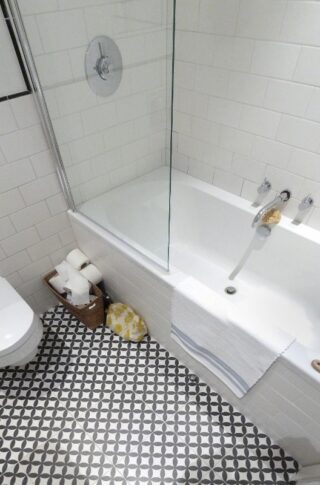